How to take a Screenshot 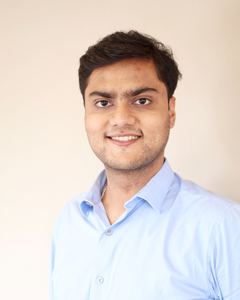 updated about 1 year ago

All of us have taken a screenshot of something or the other at some point in time. You can take a screenshot on different devices using different methods. Before we get into the intricacies of the process, let us understand the meaning of the term screenshot. In this, we will cover -

What is A Screenshot?

A screenshot also referred to as a screen capture or a snapshot, is an image of the currently displayed content on your device's screen. The captured screenshot is saved or stored in your respective device in the form of an image. You can add the image to your document or save it for any further use.

Screenshots capture an exact image of your screen that can be shared with other users. Although it may seem like a simple image, a screenshot can prove to be extremely useful while capturing and sharing vital information.

They function as an archive of your past and keep a detailed record of everything displayed on your screen. Screenshots or screen images can also serve as evidence for future reference and use in some instances.

Purpose of a Screenshot

Screenshot help is getting work done easily and in less time. These images can help you explain a situation or case that is difficult to express in words. Screen captures give a first-hand view and can work as a primary source of information.

Screenshots are used by everyone. Starting from a school student working on his or her subject assignment to a product developer trying to explain the functioning of the application to another user, screenshots are an extremely handy tool.

Let us take a look at the various purposes served by a simple screenshot image.

The PrtSc key is one of the simplest and most straightforward methods of taking a screenshot. Whether you are viewing a particular webpage or working on any file or folder, you can capture a screenshot of your current screen using the PrtSc key. It will help you archive the content of the screen for perpetuity in the form of an image.

Every keyboard that you have used to date must have had the PrtSc key. All you have to do is press the key along with different key combinations according to your requirements. You don’t have to download additional tools and applications for taking a simple screenshot. The only thing you will need is the PrtSc key.

This key is usually located in the top row. It is found among or near the Function keys that have been labelled F10, F11, F12, etc. Different keyboards offer different settings. In certain cases, you might need to trigger or activate the PrtSc key using the Function Key. All you have to do is hold the Function Key and then press the PrtSc key.

Although the primary job of the PrtSc key is to copy the contents of the screen, you can use several modifications to change the way the key works. Here, we have given a list of the possible key combinations you can use for the process.

This is a list of the variants of PrtSc and the steps to be followed to take a screenshot in Windows easily.

Snip & Sketch allows users to take detailed screenshots of the content on the screen. Created to make screenshotting as efficient and simple as possible, this tool has become a user favourite in no time. It is a more advanced version of the screenshot tool available in Windows prior to its release.

Snip & Sketch works as a separate application and, as a result, appears on the taskbar when you are using it. It will also be displayed in the task switcher (Alt + Tab).

How can you take a screenshot using the Snip & Sketch tool? Search for the tool and open the same. This tool offers the option of taking a screenshot at different time intervals. You can choose between:

Once you have opened the Snip & Sketch tool and clicked on ‘New’, you can start taking Snips. There are four different variants you can choose from as given below:

Using any of the four options stated above, you can take a screenshot. Unlike the PrtSc option, Snip & Sketch offers a number of additional features after the screenshot has been taken.

Once the screenshot has been taken, the markup window of Snip & Sketch opens. This Window allows users to annotate and edit their screenshot using several different editing options. You can use a pen, pencil, or a highlighter to highlight, mark, or emphasize on a particular portion of the screenshot. You can even change the colour of the pen and the highlighter as per you need. Using the simple eraser, you can remove any edit that you are not satisfied with.

The Snip & Sketch tool also offers the option to crop the screenshot to remove any part of the image that you don’t require. You can also use the ruler and protractor tool to ensure that all your edits and annotations are added at the right place in the screenshot.

You can use this tool to edit an existing image on your computer too. Once you have finished editing the screenshot image, Snip & Sketch again offers a number of options. You can choose to save the image anywhere on your computer. In addition, you can copy the image and paste it on a different program. You can also directly share the screenshot image with a contact or turn on nearby sharing to do the same.

Windows also offers a Snipping tool that will allow you to take screenshots with the click of a single button. Snipping tools were more popular before the introduction of Snip & Sketch. The latter has started replacing the Snipping tool with time.

However, it continues to remain a viable option for taking screenshots in Windows. The options available for taking a snip or screenshot are very similar to the ones offered in the latest Snip & Sketch.

You can take a screenshot immediately or with a delay of 1, 2, 3, 4, or 5 seconds. Under Mode, you can select from the same following four options:

The features offered by each option are the same as above.

Once you have captured your snip, you can choose to edit it according to your requirements. The Snipping tool also offers a pen and a highlighter for editing along with an eraser. You can save the snip, copy the snip, or share and send the snip as an email attachment.

The Snipping Tool is available on Windows 7, Windows 8.1, Windows 10, and Windows Vista.

Looking for more alternatives to take screenshots in Windows? Well, the list is not over. In Windows, you can take a screenshot using the Game Bar.

This option allows you to take screenshots and record video. All you have to do is follow a few simple steps.

The screenshot will automatically be saved in the Captures subfolder of the Videos folder.

The process is extremely simple and comes in handy on several occasions.

The options explained above are a part of Windows itself. You don’t have to add additional applications to use them. However, there are many third-party applications too that can be used for taking a screenshot.

What are third-party apps?

There are various ways to take a screenshot on a Mac. The method used depends on the extent of the screen that you want to capture in the screenshot.

Suppose you want to capture a specific portion of your screen, press Ctrl + Shift + 4. This operation will transform your cursor into a crosshairs reticle. You can now drag and select the required part of the screen. Your screenshot will be saved as a file along with the date and time.

For capturing the entire screen, you have to press Ctrl + Shift + 3. The entire screen will be captured instantly and will be saved as a file on your device.

There are instances when you may need to capture the active window only. You can do the same by pressing Ctrl + Shift + 4, followed by pressing Space. This will turn the cursor into a camera. You can select the window you want to capture and get the screenshot easily.

Taking a screenshot on your iPhone or iPad is extremely simple. All you have to do is press the Home and Sleep button simultaneously. Your screen will display a flash animation for a brief second. Ensure that you press the two buttons at the same time.

Your screenshot will be saved in your device’s Photos app.

There are a couple of different ways to take a screenshot on an android device. You have to try a few methods to see which one works for your device.

If you have pressed the required buttons, you will see a brief animation on the screen along with a notification confirming that the screenshot was taken. Your screenshots are saved in the Gallery app.

Screenshots play an important role everywhere. Several in-built options in Windows will allow you to take a screenshot easily. You can also install third-party applications to do the same!

Did this answer your question?

We run on Gist